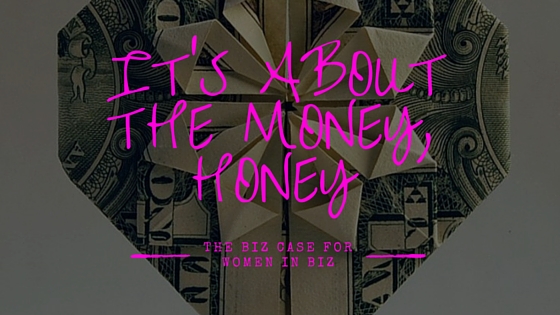 There’s nothing quite like sharing a vision of a utopia with others that can intoxicate one to the point of an opiate haze where everything and everyone is lovely, loving, and lethargic about doing some of the hard slog that actual Utopia requires.

I admit, I’m buzzing with that happy hum from having quite literally circled the globe to hit up Femtech laden Fintech events (when did I get so lucky that my two favorite things go hand in hand and where I find one, I find the other — my karma is not that good, no way, no how) to talk with fascinating, interesting, diverse people who are contributing to the creative collective in this industry. From a Femtech breakfast in Copenhagen, to a fireside chat with the dashingly delightful Jon Webster in London, to a crowded panel discussion in sweltering Singapore — to partnering with Finovate in San Jose to shine the light on some stellar solutions spearheaded by women, to a payments savvy Femtech panel at Next Bank Silicon Valley who didn’t once talk about what it was to be a woman in the industry, but instead dished, diced, dissected and discussed the future state of payments in all its nuanced glory.

And the buzz is still on this morning as I head out to New York for our Femtech meetup this coming Thursday evening, where we get to hear from Ramona Ortega from Mi Dinero Mi Futuro about how her community and experiences as a young Latina influenced her relationship with finances, and how that lead to her creating a PFM solution for young millennial Latinas.

Femtech Fever — yeah, I have it. And I luxuriate in the fevered frenzy of connecting with amazing people all around the world who embrace diversity as a guiding principle and are committed to diversity and inclusion in their own organizations.

But lethargy is not an option. We can’t give lip service to it; we actually have to change things in this industry. Why? Because there is a business case for having more women in executive positions. Better revenue, the tide rises, everyone benefits, and there’s money to be made. Whether or not your motive is profit, productivity, or parity, there are ample reasons to get off your keister and actually put your shoulder to the FemTech wheel.

A few numbers that will make you sit up and take notice — and these, my friends, are central to the business case for making women an integral and normal part of the executive teams in financial services.

First off the dearth of women in this space:

Looking at these numbers, I’ve concluded women in the exec suite are theUnicorns in Fintech.

Now check out the [dramatic pause here, because these numbers are ridiculously dramatic] significant impact women’s leadership has on revenue — because there is a profound and direct correlation between higher revenue and more gender diversity:

Bottom line: Women are great for business. We’re profitable for business. We’re revenue drivers. And not just in the boardroom, we’ve got some seriously potent impact as a consumer base ripe for products that cater to our needs. Need proof positive? Don’t fret, I’ve got numbers for you here, too. Check out our purchasing power:

Pretty serious money, right? Money businesses are leaving on the table if they don’t include half the population in the business decisions and ignore them as a market with money to spend, invest, and spread around.

For some of us in Femtech it’s about community, for some it’s about connection, for others it’s about wanting to create a version of Utopia — a world we want to live in. But for those who balk a bit at the touchy feely fantasy of gender equality for any number of reasons, let’s boil it down to business.

It’s about the money, honey.

And women are damned good for business.