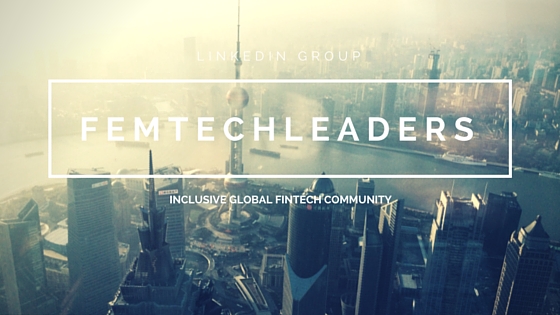 Have you ever read about someone and thought how great it would be to actually meet them, have a conversation with them, bounce an idea off them?

In fact, those thoughts happened every single time I read a profile of the amazing women featured in www.femtechleaders.com. What started as a whisper grew into a roar – it demanded an answer, it was impossible to ignore, and it was holding me accountable.

Out of that perpetual pestering voice our FemTechLeaders Meetup group was born.

Conception was simple, gestation rather short, and birth a labor of love, with a full team of people vested in bringing this group into the world. And that is what struck me most: nothing, but nothing, comes into this world without assistance from others.

Nature abhors a vacuum. In the physical world, matter rushes to fill a void. The same principle applies to ideas that create the space for something new. Creation is not a solo exercise.

Creation is not a solo exercise.

Inspiration may strike one person, but it comes from an external source. My desire to meet these women was sparked by something outside of me, but in expressing that desire, the space it created immediately filled with people who wanted to help make that happen.

That is exactly what happened, and it’s what made our first meet up in New York possible.

So we built it, and they came. Lynn Loaker, a prominent M&A Lawyer from Davis Write Tremaine, offered a beautiful space to host the event. Allison May, another well-known financial services lawyer, stepped up to help host. Invitations were extended, word spread, RSVPs rolled in. And on January 20, 2016, we gathered in midtown Manhattan to meet.

Sam Maule, the man who profiles all of the FemTechLeaders, kicked off the night by sharing the conception story behind the initiative that launched the study commissioned by Innotribe, and the inspiration for the series.

With drinks and refreshments in hand, our group of attendees from organizations such as American Banker, NYPAY, BBVA, R3, SheWorx, and Women in Fintech, to name a few, got down to the business of getting to know one another. We did a fast and furious round of speed-dating, where each of us had the chance to meet, one-to-one and face-to-face, to share a personal connection.

Conversations that evening prompted new collaborations, comments ignited action, open sharing fostered new relationships. And that lasted well past the time we’d set aside for the meetup, our evening wrapped up long after it was scheduled to end.

True diversity is inclusive, and we are all the richer for it.

What gratified me most was how many men showed up that night, and how many men played a role in making the evening a reality. True diversity is inclusive, and we are all richer for it. The name of this group may highlight the feminine, but we need both men and women to truly live up to our mission to create a community, to make an impact.

Late March will bring another gathering of FemTechLeaders in New York, with new members, new ideas, new connections. Updates and details for all our gatherings including Sydney and London, can be found on our Meetup page, join the group to get them.

On a beautiful New York winter’s night, this group of men and women taught me two important truths.

Relationships are the engine that powers creation.

And creativity may spring from an individual, but for anything to actually be created, community, collaboration, resources, and support must bubble up from the collective.